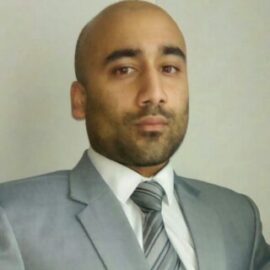 Dr Rakib Ehsan is a British independent analyst and writer, specialising in matters of social cohesion, community relations, and public security. He was appointed as a patron to Muslims Against Antisemitism in June 2021.

Dr Ehsan holds a BA in Politics & International Relations (First-Class Honours), MSc in Democracy, Politics and Governance (Pass with Distinction), and a PhD in Political Science, all obtained from Royal Holloway, University of London. His PhD thesis, which was comprehensively sponsored by the Economic & Social Research Council (ESRC), investigated the impact of social integration on the public attitudes of British non-white ethnic minorities.

Joining the Henry Jackson Society in March 2019, Dr Ehsan authored a number of HJS reports incorporating matters of social cohesion and national security, including Muslim Anti-Semitism in Contemporary Great Britain and Weaponising COVID-19: Far-Right Anti-Semitism in the United Kingdom and United States. Most recently, he authored the HJS report BLM: A Voice for Black Britons?, which explored public attitudes towards the Black Lives Matter movement. The report was covered by The Times.

Dr Ehsan left the HJS in February 2021 to work as an independent consultant. His research has been published by other British think-tanks such as Policy Exchange, Runnymede Trust, and Intergenerational Foundation, as well as the Canadian independent security think-tank, the Mackenzie Institute.

Currently a columnist at Sp!ked and a regular contributor for The Telegraph, he has also written for The Jewish Chronicle, The Independent, The Scotsman, , UnHerd, The Critic, The Times Red Box and CapX. His comments have also featured in mainstream British newspapers such as The Sun and The Daily Mail, as well as foreign platforms such as Arab News in Saudi Arabia and The National in the UAE.