Please listen to Elizabeth Arif-Fear’s personal story that will provide you with an insight into the horrors of antisemitism. It’s an emotional, raw account, which as fellow human beings we should all be able to relate to in the spirit of humanity.

We have also included the antisemitic abuse Elizabeth received on Twitter and how people seeing this spoke out in support of her.

Here you see the picture Liz shared on social media to support Holocaust Memorial Day. It’s exactly what we at Muslims Against Antisemitism (MAAS) work to see, as this is just one example of so many which show Muslims showing their solidarity with their Jewish brothers and sisters. 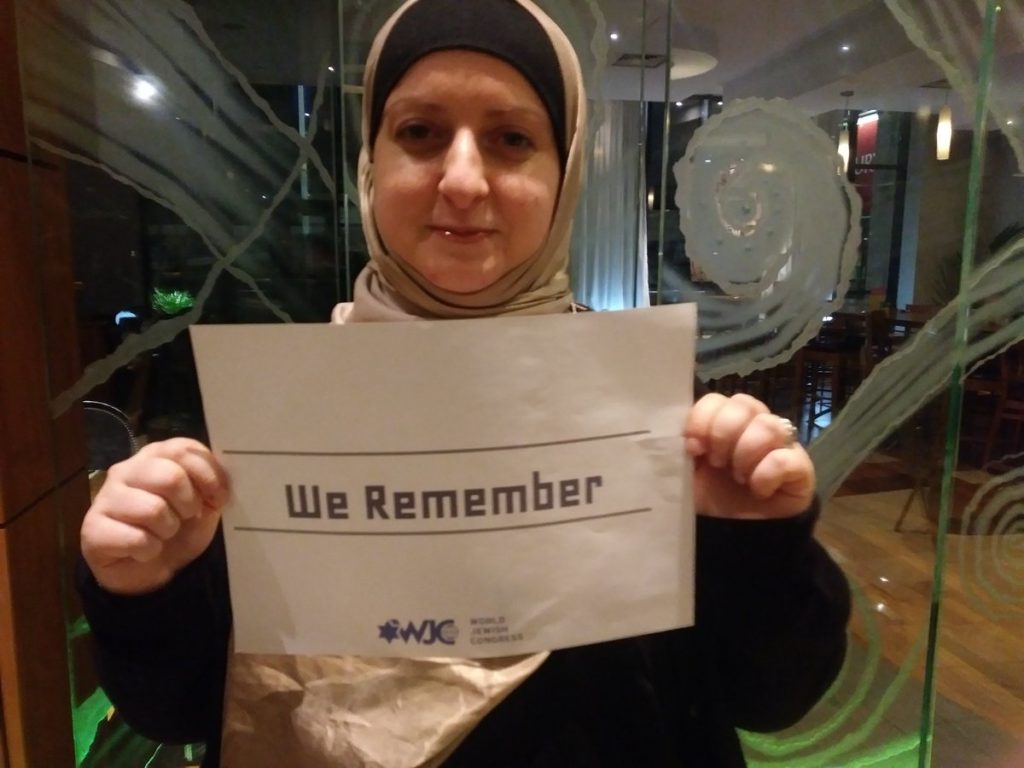 Here we have the wording Liz used with this picture for Twitter. It illustrates a commitment to Jews and Muslims working together against bigotry.

Sadly, Islamists – who do not represent the vast majority of Muslims – seized upon this opportunity and tweet representing the best of humanity to give voice to their poisonous antisemitism. One such person epitomising such behaviour was Ashgar Bukhari, who works for the Islamist group MPAC. 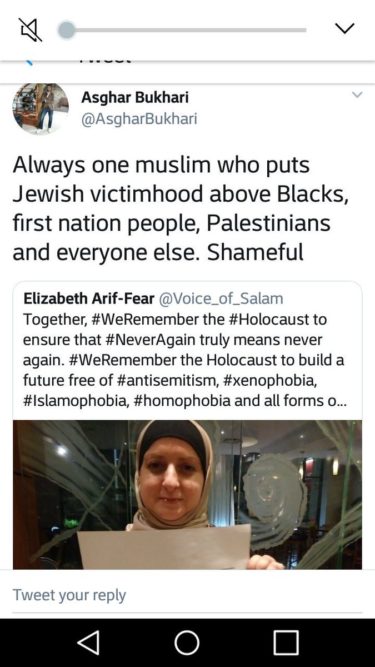 Ashgar was not the only person to abuse Elizabeth online through the language of antisemitism – there were in fact many more. However, during a time of outpouring of hate, some people were however also prepared to #BeLouder and show solidarity with Elizabeth. 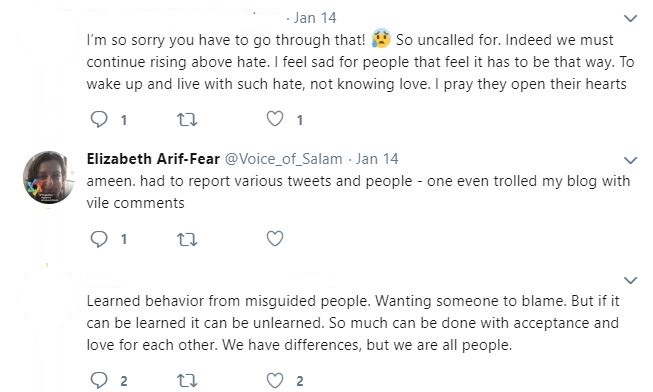 If you’re Muslim and want support in challenging antisemitism, please do get in touch with MAAS’s Co-ordinator Stephen Hoffman via email at: info@muslimsagainstantisemitism.org.

Elizabeth Arif-Fear is the Founder and Director of Voice of Salam, a human rights and interfaith charity seeking to make the world a more peaceful place based on our common humanity. You can find out more about Voice of Salam at voiceofsalam.com.