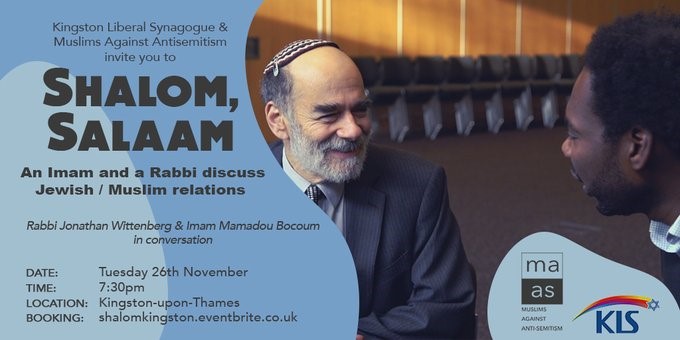 Muslims Against Antisemitism (MAAS) are delighted to host the above event with Kingston Liberal Synagogue (KLS) On Tuesday 26th November 2019, from 7.30pm At MAAS we welcome the opportunity to work with such an active, open and thriving community as KLS, who are allies of ours in the fight against all forms of hate, including hate against Jews and Muslims. The event, coming soon after the end of the 2019 Read more 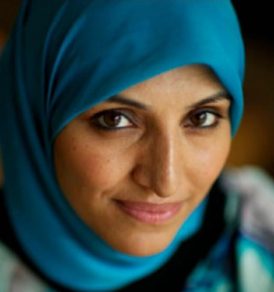 There have been calls from many in the Jewish community, The Board of Deputies of British Jews (BOD) and others for the suspension of the Labour Mayoral candidate for Birmingham, Salma Yaqoob. The response is covered in a Jewish Chronicle article here and you can see the response from the Board of Deputies, President Marie van der Zyl below. Ms van der Zyl called Yaqoob’s claim that Israelis are European Read more

On Saturday 27THNovember 2018, shortly after the Shabbat service started at 9.45am at Pittsburgh Tree Life Synagogue, led by Rabbi Jeffrey Hill, an individual with the sole aim of murdering as many Jews as possible defiled what should be a place of holy sanctuary, peace and joy by shooting dead 11 Jewish people. What happened in Pittsburgh was not an isolated incident.It pains us deeply to say it, but due Read more

Please listen to Elizabeth Arif-Fear’s personal story that will provide you with an insight into the horrors of antisemitism. It’s an emotional, raw account, which as fellow human beings we should all be able to relate to in the spirit of humanity. We have also included the antisemitic abuse Elizabeth received on Twitter and how people seeing this spoke out in support of her. Here you see the picture Liz Read more

What antisemitism feels like  “Antisemitism is a certain perception of Jews, which may be expressed as hatred toward Jews. Rhetorical and physical manifestations of antisemitism are directed toward Jewish or non-Jewish individuals and/or their property, toward Jewish community institutions and religious facilities.” IHRA Working definition of antisemitism Since Jews lived on this earth they’ve been hated, mocked, laughed at, disliked and seen as nefarious controllers of the world just because Read more

We will not succumb to hate In the last 8 months the world has seen a wave of violent attacks on faiths. They have been attacks at the heart of our communities intending to divide us, inspire more hate and more attacks of the same. In October of last year eleven people were killed in the deadliest attack on the Jewish community in the United States.[1] The terrorist opened fire Read more

A worker has been suspended amid an anti-Semitism row at the University of Essex. The member of staff has been suspended while allegations are independently investigated. The university said a Jewish society will be created on campus regardless of a vote in which more than 200 students opposed it. Concerns have been raised by the Union of Jewish Students over posts from the Facebook account of lecturer Dr Maaruf Ali, Read more A friend of mine went on a date recently where she was asked, out of apparent curiosity, where Jews typically live in London. In listing areas she mentioned Golders Green. She was met with the comment: ‘Oh that’s why it is called Golder’s Green’ When the date was pushed on what he meant by this he replied: ‘Well you know Jews and all their money’ Appalled and shocked my friend Read more