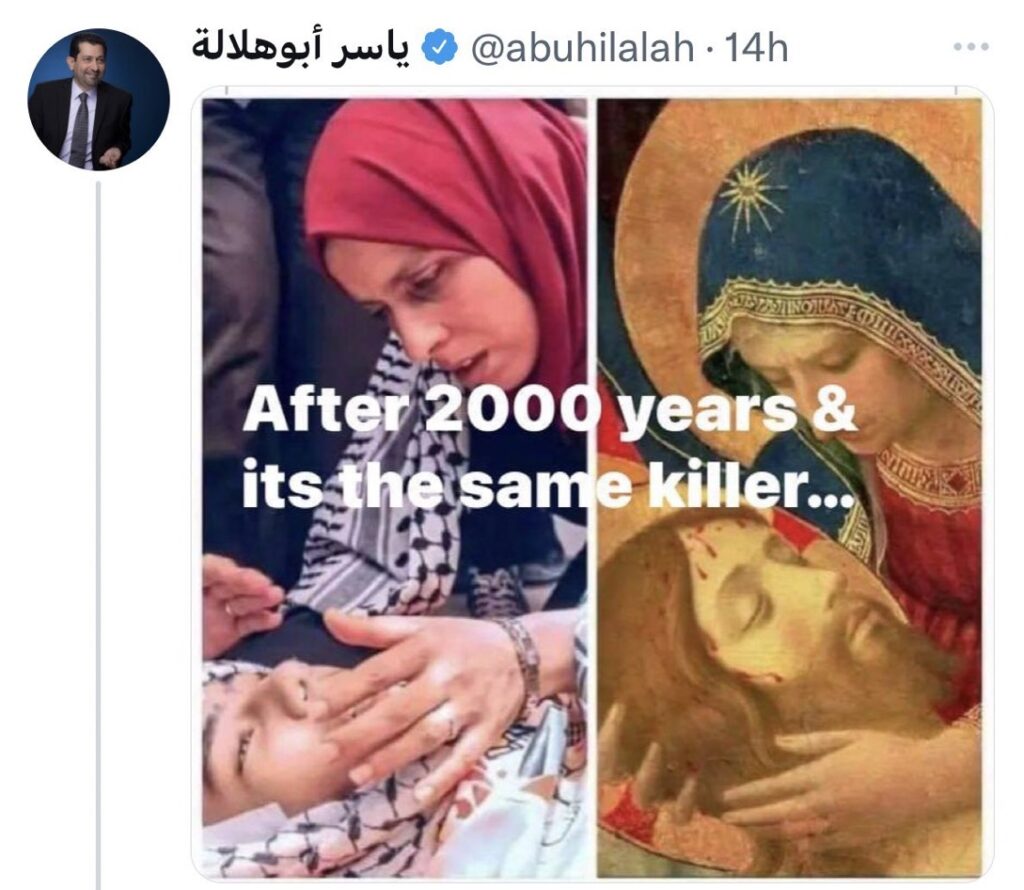 In a recent post by Yaser AbuHilalah, the former Managing Director of Al-Jazeera posted an image of a Palestinian woman holding the face of what looks like, her deceased son.

The picture is heart-breaking and shows the love of a mother for her now deceased young son.

However, what AbuHilalal did, was to use an image that also placed a picture of what is assumed to be Mary, holding the body of Christ. It contained the text – “After 2,000 years and its the same killer”.

AbuHilalah has now deleted the tweet. However, what cannot be denied is the antisemitism within the graphic that is highlighted below and which was also raised by Adam Milstein, as being blatantly antisemitic in nature.

This also demonstrates the pernicious nature of antisemitism online and how graphics are produced and circulated and which at their core, seek to marginalise, dehumanise and spread intolerance against Jewish communities.

AbuHilalah calls himself a columnist and journalist on his Twitter account. You would think that he might be aware of the strong antisemitic resonances in the graphic below, however, this failed to be the case. With over 607,000 Twitter followers, you could say that antisemitism had already percolated through the platform within hours that his tweet was up on his account, given the transient nature of the platform.

We hope that journalists like AbuHilalah learn from this experience and realise that antisemitism is viral by nature and that it mutates in different forms. We also hope that he realises that groups like Muslims Against Antisemitism will not stand idly by and allow such online tweets to go unchallenged.