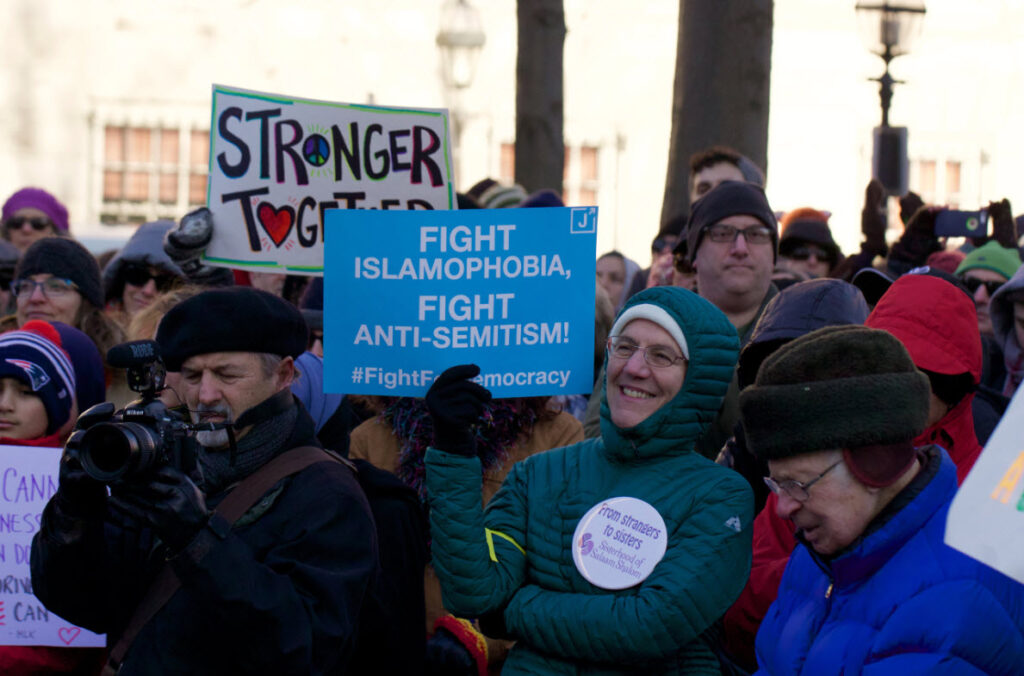 The sad fact is that both Christian and Muslim communities have been affected by antisemitic tropes and language over specific times in history and in the modern world. The language and the tropes remain similar though historical events and linguistic impacts may be different. These tropes against Jews heighten when power relations are misused to blame or demonise Jews for problems that may be taking place in society, or when people in power failed to honour agreements with local Jewish communities.

We have listed just a handful of antisemitic tropes that have developed in some parts of the world with Muslim majority populations. No doubt, the Israel and Palestine conflict has exacerbated the dissemination of such tropes and hatred against Jews and this has been a major driver over the last seventy plus years in many Muslim majority countries. However, with the recent Abraham Accords, we remain hopeful that such prejudice will fall over time as Jews and Muslims mix more freely in the Middle East.

Here are some examples of language that has taken root in some Muslim communities, around how they perceive Jews.

‘Yahud’ or ‘Yahudi’: This is a term that is used in Arabic to describe people of Jewish heritage. However, it is also used pejoratively in antisemitic rhetoric in parts of Muslim majority countries. It has also been used by Islamist extremist groups seeking to cause divides between Muslims and Jews by placing the term into antisemitic tropes of ‘Jews controlling’, being ‘secretive’, exhibiting ‘supernatural powers’, or in ‘undermining Islam’;

‘Khaybar, khaybar ya yahud, jaish Muhammad Saya’ud, (Khaybar, Khaybar, O Jews, Muhammad’s army will return): This is voiced through the antisemitic prism of the historical Battle of Khaybar in 628, where Jews living near Medina in Saudi Arabia were attacked by a Muslim army on the basis that they were seeking to rebel against Muslim rule and attack Medina, the seat of Islamic administration. The statement explicitly suggests that Jews are under threat and is used in a physically threatening manner to Jewish communities. This statement has been heard in recent social demonstrations against the State of Israel, which also demonstrates how closely linked hatred to Israel is, with hatred against Jews in general.

‘Sahiuny’: This the Arabic term for Zionist and is interchangeably used by some to refer to Jews. Antisemitism is couched by individuals spouting this term as a means of promoting antisemitism, and their view may be that it is a term which provides them with some cover, since they are not explicitly mentioning Jews.

‘Blood libel’: This has been used historically by some Christian communities against Jews to expel them from European countries and when Jews were persecuted and killed. It is based on the false rumour that Jews were killing Christian children (or those of non-Muslims) and using their blood in producing unleavened bread, (flat bread – Matzah). It may have come about because of the unexplained death of Christian children in areas where Jews resided and it also plays to the toxic view that Jews killed Jesus and hence their ‘blood-thirstiness’. These tropes have historically led to the mass persecution of Jews and was also one narrative to implement the mass killing of Jews in the Holocaust.

The ‘Blood libel’ has been circulated in various forms around support for Palestinian communities by different Muslim communities. In particular, during the Intifidas or uprisings of Israeli Arabs and Palestinians between 1987 and 2004, blood libel narratives were associated with the killings of Palestinian demonstrators and those involved in the Intifada. Associations included ‘Jewish desire for blood’ and such toxic narratives, which made wipe sweeping false allegations about Jews as a whole.

Read more: You can stand firmly against antisemitism and for Palestinian rights