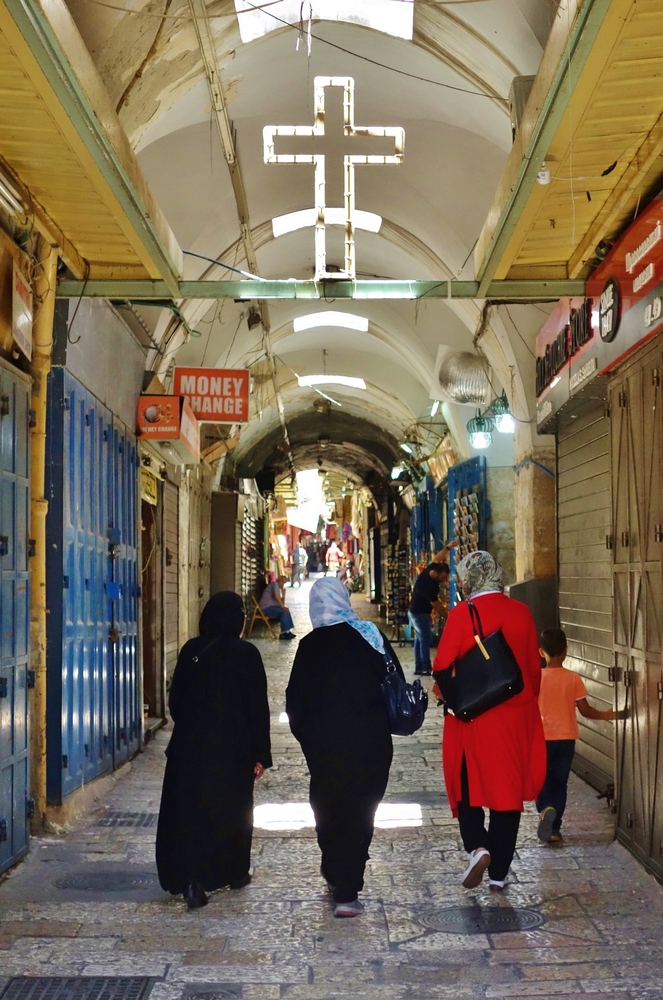 This article was first published in Ha’aretz

Political polarization, Islamist infiltration and a helping hand from the Corbynite far left is leading more and more young, disaffected Muslims to demonize Jews. We must find the courage to speak out.

In France recently, 300 French dignitaries and celebrities wrote an open letter about the “quiet ethnic purging” of Jewish communities in the country – and they cited Islamist extremism as being the root cause of this racial and demographic purge.

They also lamented the fact that 11 members of local Jewish communities had been killed by Islamists since 2006 with the most recent murder being that of Mireille Knoll, an 85 year old woman who had survived the Nazi round up of Jews in Vel d’Hiv in 1942, from where families, men and women were transported to concentration and death camps.

Only about 100 of the 13,000 Jews who were detained at Vel d’Hiv survived, and Mireille Knoll was one of them. She was to end up being murdered in Paris, stabbed 11 times in an anti-Semitic murder and frenzy, which led to the arrest of two  people, including a man of North African heritage.

The Community Security Trust monitors anti-Semitic incidents in the United Kingdom and their 2017 annual report makes for stark reading. Out of 1,382 anti-Semitic incidents logged last year, they managed to obtain descriptors of the ethnic appearance of perpetrators in about 30% of cases. Of these cases, 107 involved perpetrators of ‘South Asian’ or ‘North African’ appearance – around 25% of those cases. There is a high probability that many of these individuals were of Muslim heritage.

The CST goes out of its way not to stress this fact: that a significant proportion of the perpetrators of street-based hate crimes involved people who were probably Muslims.

Compounding the picture: in the online hate reported to the CST, anti-Israel and pro-Palestinian sentiment cross into anti-Semitic tropes. Tweets that combine blood libel imagery and the Palestinian flag, or with dead children with a star of David emblazoned on their bodies and with organs missing, all play to age-old and insidious anti-Semitic tropes.

Yet, troublingly, much of this rhetoric online was also circulated by British Muslims during the Gaza – Israel wars of 2014 and 2016. The tropes, images and language still cycle through social media and through three different sets of activists, if we can call them that.

The first of these sets of activists  are some British Muslims themselves. They can be further subdivided into active Islamists; into those who are not aware or do not consciously recognize that the material is anti-Semitic; and into those British Muslims who simply aren’t bothered if the messages are anti-Semitic. The latter often seem to believe that defending the Palestinian cause is a license to open anti-Semitism.

The second strand where this rhetoric finds recirculation and a home is amongst the far left, many of whom have attempted to rejoin and enter the Corbynite Labour Party.

The final element where it finds a home is within far right sympathizers and those who hate Jews because of “old-school” far right anti-Semitism.

Sadly, all three stick onto social and foreign policy issues such as Israel- Palestine like limpets, sucking on the lifeblood of the Palestinian cause, dirtying and muddying the cause of the Palestinians with their hatred of Jews.

That has consequences. I remember, the campaigns for a free and viable Palestinian state in the 1980’s, which were mainly held by British liberals  who genuinely demonstrated for a space where Palestinian culture and life could flourish. Some of these demonstrators rallied in the belief that two states could mean a real solution for the region, and few had anti-Semitism at their core.

During the 1990’s, a steady array of Islamists joined the demonstrators, walking in ultra conservative clothing characteristic of Muslim ultra-conservatism, with placards that caricatured Jews as puppet masters of the West.

That Islamist extremist bandwagon turned up and expropriated the Palestinian cause from Quakers, liberals and those disarmament activists colloquially known as ‘Greenpeacers’ who formed the backbone of the political left at the time.

It was to be a matter of time before this Islamist extremism was to find a natural synergy and partner in the extreme left in Britain, something that is patently visible and obvious today, as they smell the backdoors to power through a Corbynite government.

That natural synergy was based on an ideological convergence between Islamist extremists and the far left around the necessity to “counter colonialism” and on disrupt “Western decadence” and its “materialism.” These twin aims have been the glue which holds them together up to today.

But it’s a two-way street: it’s not only extremist British Muslims seeking friends in the hard left, there are also those on the left who are seeking to build a bridge based on anti-Semitism with the Muslim community.

I have to admit, that I myself have been taken in and duped by those who have tried to associate themselves with causes that are of interest to Muslim communities. Only later did I find out that their real motivation was anti-Semitism, and their “bridge-building” with Muslims was part of their determined, wily and twisted logic.

As the Founder of Tell MAMA, the Muslim equivalent of the CST, individuals have tried to be helpful in reporting anti-Muslim hate and some have postured as though they were anti-racist campaigners.

Taken at face value, they seemed reasonable and decent people, offering voluntary assistance that we were disposed to welcome, not least when hate crimes had been spiking and when we were stretched for resources to cover anti-Muslim incident reports coming in from across the country.

It also means that anti-Semitism is a complex and much wider problem that many of us previously thought, and sadly, depressingly, it comes from a wide range of areas, including within some sections of Muslim communities where it is entrenched and mixed up with 9/11, 7/7 and other geopolitical conspiracy theories.

It also means that anti-Semites will make approaches to organizations that work on issues of significance to Muslim communities, just as anti-Muslim haters may make the reverse approaches – to organisations working on anti-Semitism.

Sadly, everyone working against bigotry in the U.K. now have to be on our guard as to potential ulterior motives from many who approach us as “friends.”

As a British Muslim, I can honestly say that I have never seen the U.K. as fractured and polarized as now, and where anti-Semitism has become so deeply rooted in some parts of the British Muslim community.

I have lost count of the number of times I have been called a “Zionist” for working with groups like the CST and those Jewish groups at the frontline of tackling hatred and prejudice. It’s a convenient, but transparent, smear for some of my co-religionists to bypass the anti-Semitism charge by throwing out the term “Zionist.”

Many who throw this term out have hardly crossed their twenties and were not even born when the first Intifada even took place, yet their world view is binary to the extreme. Whatever’s Jewish is Israeli is Zionist – and hence bad; everything that they deem is Islamic, is good.

Just don’t ask them about minorities in Islam, since the Muslim minorities they don’t like are also deemed to be a threat to Islam. Ahmadis and Shias are examples of Muslim minorities targeted by Islamist campaigns in Pakistan; the poisonous accusation that they are “heretics” has been carried to the U.K. by imams who have adopted those views. This intra-Muslim sectarian hate is growing.

Unsurprisingly, progressive Muslims who call for an end to sectarianism and for diversity and pluralism within Islam have also been the target of U.K. Islamists’ online campaigns. Strangling Islam’s intrinsic pluralism is a classic tactic by Islamist groups to “take control” of the faith.

In their mind of the perpetrators of such hate, the world is bipolar, with Muslims and Jews at opposite ends; and it is people like this who are winning the hearts and minds of many young disaffected people in the U.K.

On the other side, anti-Muslim hatred is growing within white working class neighborhoods who see Muslims as the existential threat and where the appropriation of the Israeli flag and Jewish symbols are a means to bait Muslims.

We are truly at a dangerous juncture and it will take people of courage to speak out. At the very least, more Muslims can speak out and challenge the anti-Semitism within.

If we fail to do so, we can forget ever talking about equality, justice and tackling racists. It is those who speak at times where things seem overwhelming, who can lead the way. God knows, we need them more than ever.

Fiyaz Mughal OBE is the Director of Faith Matters and the Founder of Tell MAMA. He is also a trustee of the U.K’s National Holocaust Memorial Day Trust.